SHS Donate £5 From Every Balustrade Order to Charity

Charity plays a very big part in the work we do at SHS Products. We always endeavour to assist where we can; whether that’s straightforward donations or holding events to raise money – It’s something we hold close to our hearts.

That’s why £5 from every full SHS balustrade order goes into the ‘charity pot’, where at the end of the year, the money gets split between St Giles Hospice (Walsall) and The British Heart Foundation, who are our two chosen charities.

St Giles Hospice offer free-of-charge specialist care for patients with cancer and other serious illnesses, as well as support for their families. They do an absolutely fantastic job; however, they only receive part-funding from the government and rely heavily on the kindness of the general public.

The British Heart Foundation is the nation’s heart charity, and the largest independent funder of cardiovascular research. The BHF endeavour to create a world where people don’t die prematurely due to heart problems, and they need all the help they can get in order to win the fight against cardiovascular disease.

Over the course of last year, SHS managed to raise an amazing £9,175! You can see our wonderful Directors Mark Busby and Rob Witcomb below, presenting giant cheques to both the BHF and St. Giles Hospice Walsall! 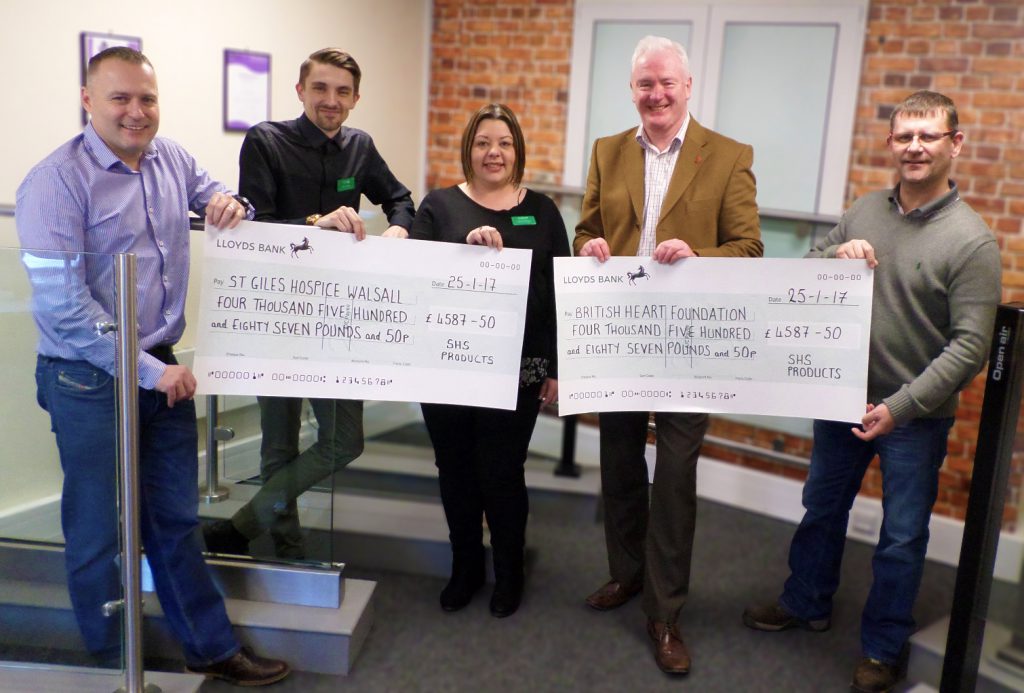 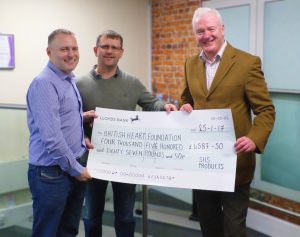 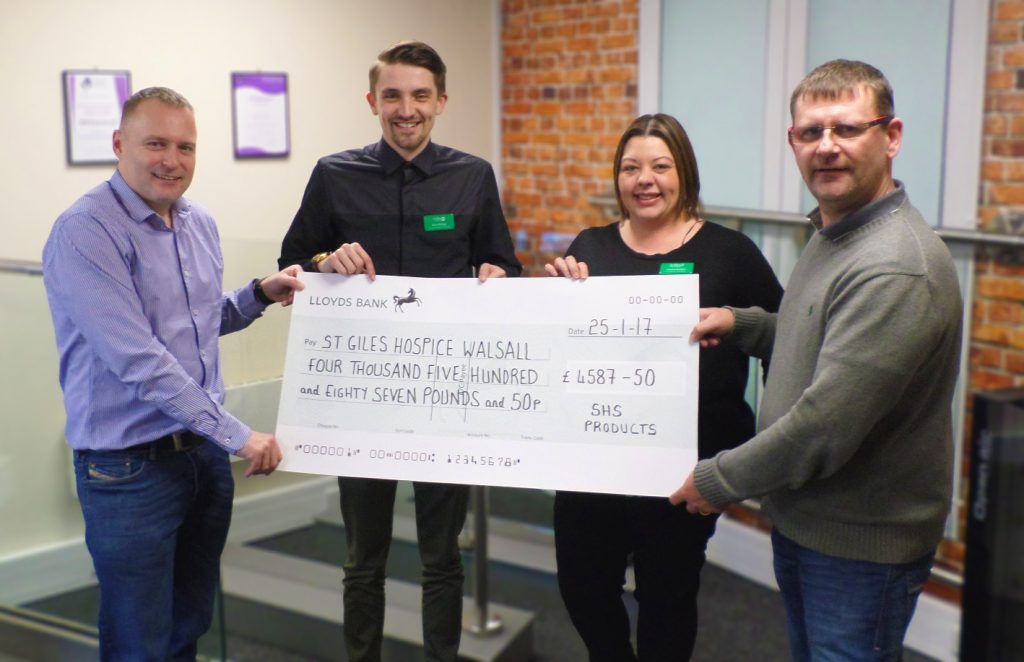 Both charities were delighted to receive our donation.

Jo from St Giles said, “On behalf of St Giles Hospice, we are so overwhelmed with the generosity and the support that we’ve had from SHS Products this year. To receive the donation that we’ve received today was more than we could possibly believe. Thanks to that donation, you have now funded the entire 12-bedroomed ward at St Giles Walsall Hospice for an entire day. Thank you.”

Warren from the British Heart Foundation also expressed the gratitude on behalf of the charity. “Thank you very much indeed to SHS Products for what they have achieved in a fantastic charity year, helping both British Heart Foundation and St Giles Hospice. Thank you for the generosity of the staff! It’s going to make such a difference to our lifesaving work in the community. Thank you very much indeed for what you’ve done and to the staff who’ve been so generous”

Every little helps and throughout the year we took part in other charity events too!

BHF Wear It. Beat It. Day

That’s not all though. Back in February, we took part in a charity event for the British Heart Foundation called ‘Wear It, Beat It’. This entailed wearing something red and donating £1 to the BHF – in total for this event, we raised £63.56. 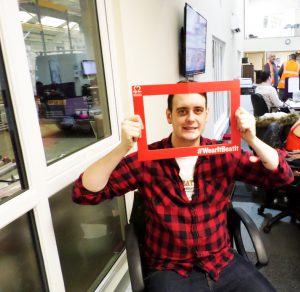 In September, Macmillan Cancer Support holds an international event known as the Macmillan Coffee Morning. Staff members in the SHS Office baked cakes and biscuits for the table. We also had a ‘Guess how many 100’s and 1000’s are on the cake?’ which was a lot of fun! The icing on the cake though (Pun intended!) was doing a Best Baker award. One of the directors, Mark Busby, tried a piece of every cake – He made the judgement and Julie from Operations won the title and badge! 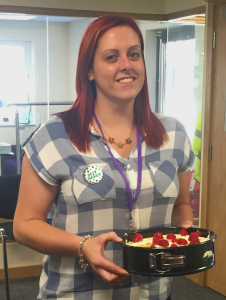 BHF Bag It. Beat It.

The month after, the BHF had another event that we just had to get involved with. Everybody has a certain amount of clutter in their house, right? Well, we thought the best way to get rid of it was to donate it. After all, waste not, want not! Bag It, Beat It is another event created by the BHF where you can order as many branded plastic bags as you need. Then all you need to do is fill the bags with the clutter in your house and donate it to the BHF. Alternatively, if you’re unable to take the bags to your local store yourself; you can arrange a FREE collection by visiting bagit.bhf.org.uk. 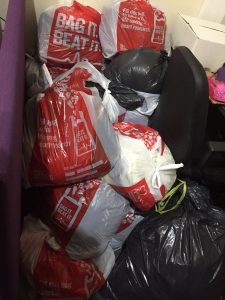 Children in Need happens every year, and this year to raise money SHS held a Dress Down Friday, where people pay £1 (or however much they’d like to donate!) to wear their comfy clothes! For this we managed to raise £117.

Please Login to comment
GET A FREE QUOTE TODAY 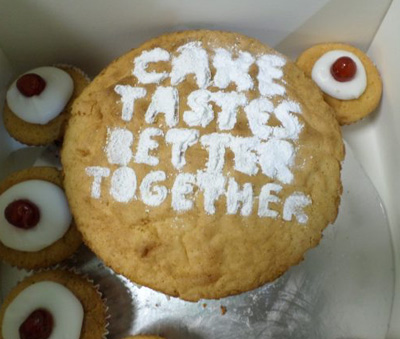 For more information on Macmillan, their coffee mornings and how you can help visit their site: 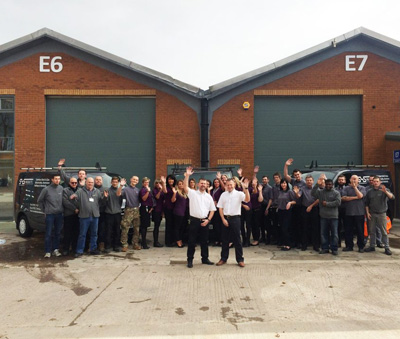 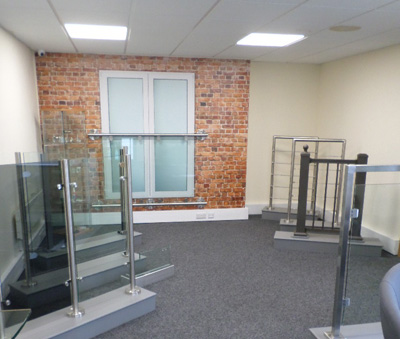 BACK TO NEWS NEXT STORY

Please email sales@shs-products.co.uk, and we will go through all your options.

This website uses cookies to improve your experience while you navigate through the website. Out of these, the cookies that are categorized as necessary are stored on your browser as they are essential for the working of basic functionalities of the website. We also use third-party cookies that help us analyze and understand how you use this website. These cookies will be stored in your browser only with your consent. You also have the option to opt-out of these cookies. But opting out of some of these cookies may affect your browsing experience.
Necessary Always Enabled
Necessary cookies are absolutely essential for the website to function properly. This category only includes cookies that ensures basic functionalities and security features of the website. These cookies do not store any personal information.
Non-necessary
Any cookies that may not be particularly necessary for the website to function and is used specifically to collect user personal data via analytics, ads, other embedded contents are termed as non-necessary cookies. It is mandatory to procure user consent prior to running these cookies on your website.
SAVE & ACCEPT